One of the great things about software is that there is always something new to discover. This is especially true when we’re talking about music players for Android. We’ve see plenty so far, and Zimly, TuneWiki and Winamp, for example, are all serious contenders.

Last week, however, we took a peek at SongBird, a music app already available  for Mac and PC, and which has now made it to Android devices. 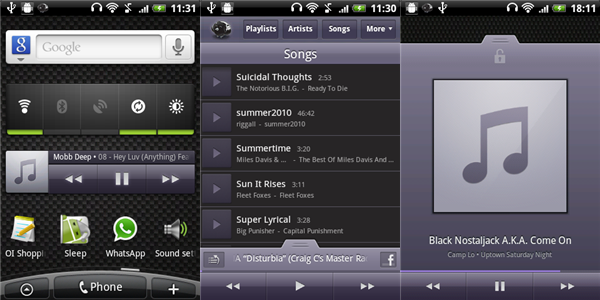 Songbird for Android isn’t going to blow your mind with new, revolutionary features, but what it does do, it does very, very well. For a start, the interface is super-simple to use, with everything divided up clearly and cleanly. Swap between now playing and music options by swiping up and down.  Basic actions, like setting a song as your ringtone or creating playlists, are intuitive and make using the app surprisingly fast and effective.

Songbird’s now playing screen makes navigating between songs easy. In fact, the only thing missing here is being able to go forward or back a song by swiping, but the default buttons are fun as they are.  Even though shuffle and repeat are small, they’re easy to access.

If you like social media, you’ll be able share directly to Facebook from the now playing screen and there’s a nice Flickr photostream feature that allows you to display streamed images of the artist playing from the photo-sharing website in place of the album artwork.

To finish off an already impressive offering, Songbird also offers a homescreen widget and lockscreen functionality. If we’re being really picky, the lockscreen could integrate better – on our test phone, using it appeared to override the phone’s default lock. Even so, if you frequently use your phone to listen to music, you’ll know it’s a feature that’s absolutely essential.

If you’re really into social media, Songbird is probably not your best option. Likewise, if you have a problem with the color purple, you should really look elsewhere. If you’re just looking for a simple, attractive music player that just works, however, Songbird is really worth checking out. Download it now!

If you liked this article then you'll love our newsletter!

Join us to receive hilarious memes, photo galleries, tips&tricks, and the best games!